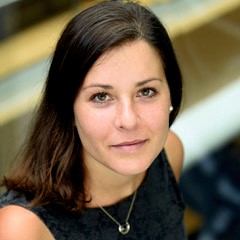 About me/education; After graduating from the Ecole Polytechnique fédérale in Lausanne (Switzerland) with an MSc in Physics, I decided to change direction and pursued my studies in the field of Public Health. I therefore obtained an MSc in Public Health from the London School of Hygiene and Tropical Medicine (LSHTM) in 2014, with a focus on Health Economics. Since then, I have been working as a Reseach fellow in Health Economics at LSHTM, and throughout the various projects in which I was involved I became interested in the field of equity in health care and in the various methods used to measure equity. Given large health inequities in many parts of the world today, I believe this is an important area of research that entails many dimensions worth exploring.

My research and the difference my research makes; Indonesia has embarked on an ambitious program to achieve universal health coverage (UHC) by 2019 with its national health insurance scheme at the forefront. While Indonesia has made steady progress, around a third of its population remains without cover and out of pocket payments for health are widespread even among the insured. Amid growing concerns that the poor may be left behind in the pursuit of UHC, my research will provide much needed evidence on the equity-impact of the current health reforms and Indonesia’s overall progress to universalism. Using large-scale household surveys in Indonesia, I will measure the extent to which different socioeconomic groups benefit from public financing for health through their use of health services. In doing so, I will advance conventional methodology by weighting the benefits of health spending to reflect quality of services, especially important in countries such as Indonesia where the poor typically utilise lower quality health services compared richer groups. With econometric methods, I will also aim to measure the effect of insurance ownership on a range of behavioural outcomes including utilisation of services, out-of-pockets spending, and impoverishing and catastrophic health expenditure.