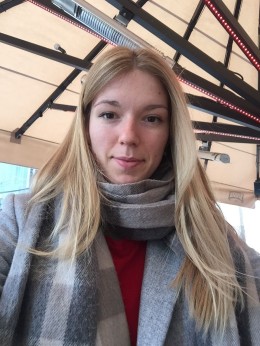 About me: I have completed BA in History at the University of Zagreb in Croatia graduating with a distinction and a first-class honour. A diverse degree which encompassed all historical periods from ancient history to world politics after 1945 gave me an invaluable base of knowledge and a reference point when comparing historical phenomena. In 2016, I have completed an MPhil in Modern European History at the University of Cambridge with a thesis entitled: Internationalism and the Women’s League of Health and Beauty in interwar Britain supervised by Dr Ben Griffin. Out of this research arose my interest in the theory and history of internationalism.

My research: In a nutshell, my project studies the transnational history of internationalism in the Balkans. The central question it focuses on is how people understood concepts such as ‘national’ and ‘international’ in different ethnic regions of Yugoslavia and what impact these concepts had on forging a Yugoslav society and state. Therefore, my study aims to research the salience of international ideas, and the impact they had for developing a unified Yugoslav identity. I believe that examining this political model could re-write the history of interwar Yugoslavia. It can show that there was a real but completely unstudied potential to build a unified Yugoslav identity with a more inclusive international ideology with the power to overcome ethnically defined political cleavages. The questions are what this potential consisted of, and why, ultimately, it was not realised.

The difference my research makes:This project will be a significant regional study in the field of international history which addresses many of the theoretical issues and new methodological approaches highlighted by scholars to date. Firstly, it will address the ‘elite manipulation view’ by focusing on the opportunities non-elite actors were given to adopt and enact international ideas.

Secondly, exploring Yugoslav identity through culture is a novel way to reveal the interconnectedness of international ideas with anti-imperial and national ideologies, overcoming the conceptual divide between idealism and realism that is still pervasive in the theory and history of internationalism.

Finally, by focusing on ‘internationalism’ and its potential for identity building I seek to challenge the ‘cauldron view of nationalism’ which presupposes that internationalism does not shape political outcomes because, unlike nationalism, it has no emotional valence to individuals. On the contrary, I hypothesise that in the context of diversity, amongst the multiplicity of political options, internationalism can be a cohesive force in the society. I hope that researching its potential against the popularity of the radical political choices in the interwar years can teach us valuable lessons for today.